Why Profitwell Sold For More than Baremetrics

Baremetrics founder Josh Pigford took to Twitter recently to make his case for why his company sold for $196 million less than similar company Profitwell.

Baremetrics was an innovative leader in the 1-click SaaS industry, but other companies have quickly surpassed it when it comes to the bottom line.

It turns out that early decisions limited Baremetrics in ways that Profitwell wasn’t subject to. Take a closer look at what Pigford thinks limited the sale price of his company.

The Side Hustle Mentality

Pigford believes that the ultimate reason why Baremetrics sold for substantially less than top competitor Profitwell has to do with the early days of the company. 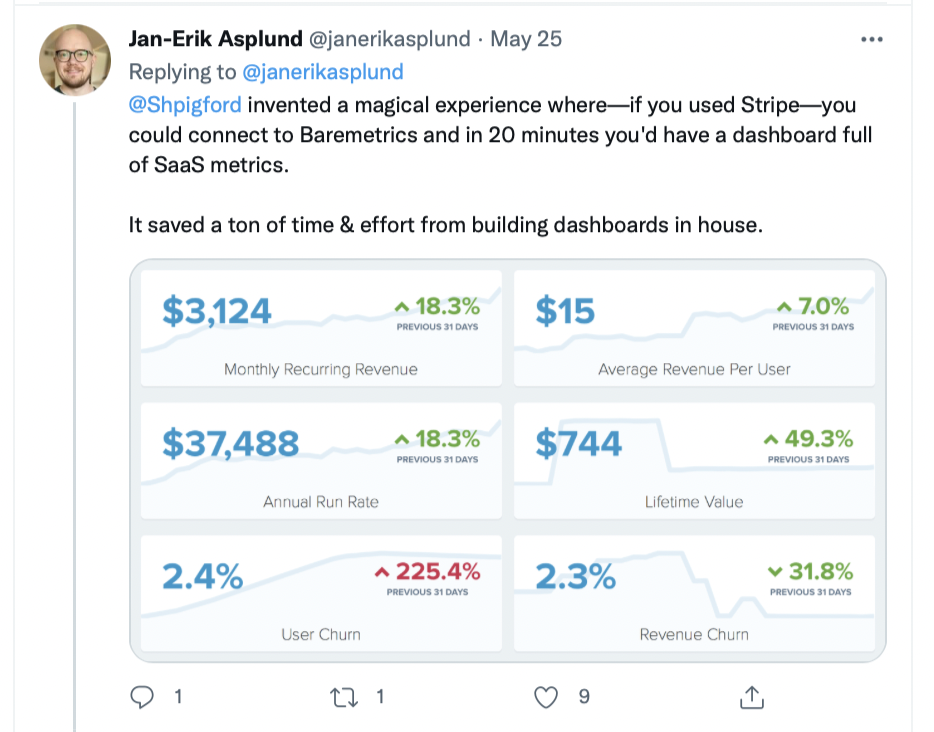 Pigford was the sole employee for the first six months. And because of this, the decisions he made in his spare time had an impact on the company’s long-term success.

One such decision was his partnership with Stripe. This would take some time to undo when he wanted to partner with other companies as well.

The Baremetrics exclusivity agreement with Stripe made it difficult to become system agnostic for the first three years. After the fact, he realized that the partnership did not benefit the company as much as Pigford initially hoped it would.

In fact, Stripe started to implement its own subscription metrics services that made Baremetrics less appealing for its users.

In the end, the partnership with Stripe ended up extremely one-sided and limited the overall growth potential of the Baremetrics brand.

Profitwell positioned itself as a business from the very start, allowing it to make much smarter and savvier business decisions.

Jan-Erik Asplund, founder of Sacra and an expert in private markets research, breaks down how Profitwell was able to command a much higher $200 million price tag when it was acquired.

The most notable difference between Baremetrics and Profitwell was the cost to its users. The latter was great for small businesses who didn’t want to pay money to monitor their metrics. Profitwell made metrics free and instead charged on dunning.

Another benefit for Profitwell was their ability to partner with any company they desired. This was preferable to being locked into a lengthy contract with Stripe only like Baremetrics was.

And this allowed them to grow at a much faster rate.

Profitwell stood to bring more leads to Paddle (the company who acquired them). In turn, Paddle represents a new business model that will hopefully take Profitwell to a new level. This mutually beneficial relationship could lead the way in 1-click SaaS in the months and years ahead.

The overlooked giant in the ESG conversation? Agriculture

How To Budget Money On Low Income