How to Protect Your Retirement Savings After Quitting Your Job 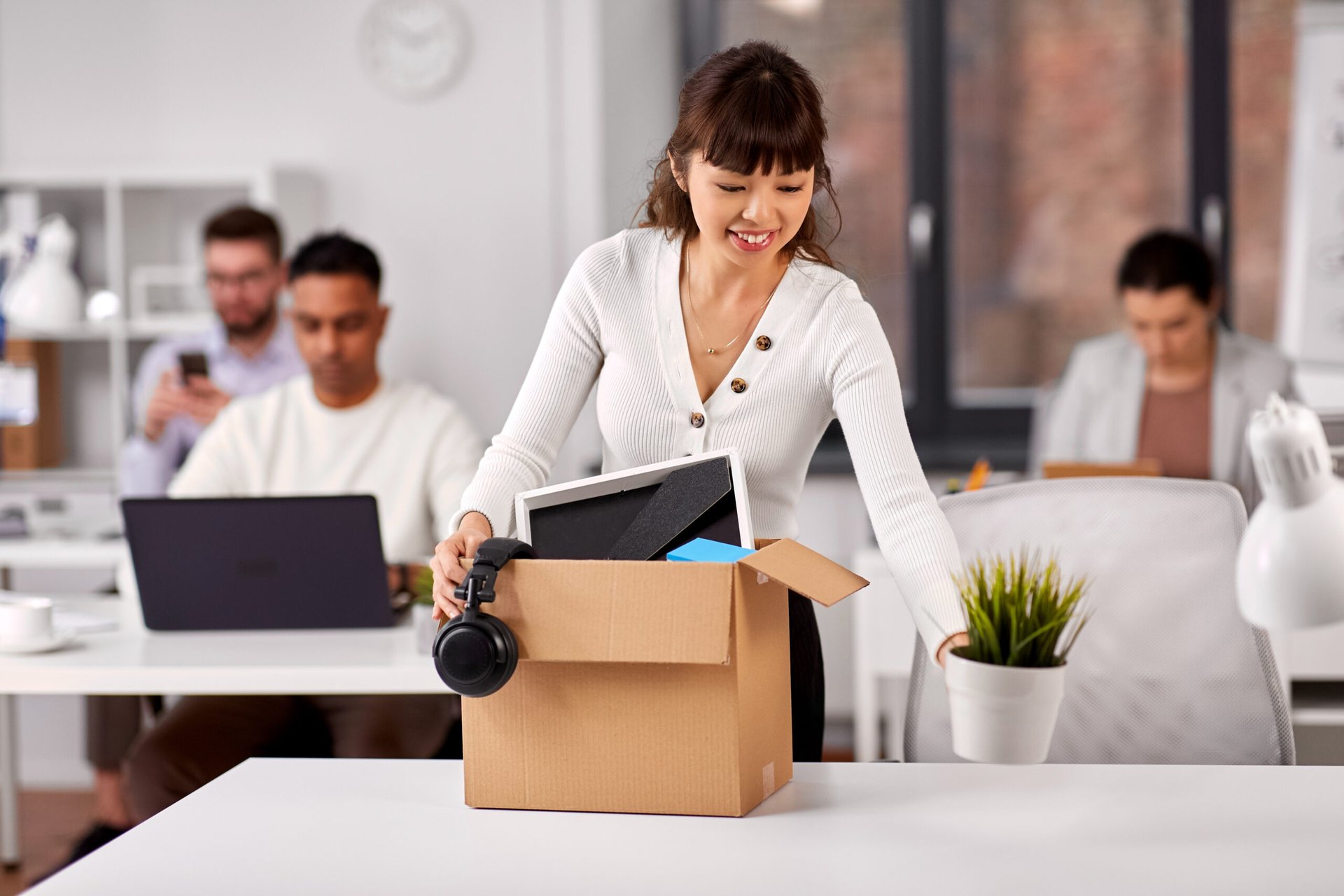 
Editor’s Note: This story originally appeared on The Penny Hoarder.

Congratulations on making a job move and looking for something new during what’s being called the “Great Resignation.”

But with that new freedom might come a new worry, depending on how long you plan to be without work: How will not working affect your retirement funds? When you quit work, things like no matching contributions, a lump-sum distribution and tax consequences may be swirling in your head now that you aren’t actively contributing to a company’s plan.

Taking a few extra steps to protect your money as you find a job that fits you better or leave the working world entirely can protect your retirement nest egg.

What’s Happening in the Job Market?

Americans are leaving their jobs in droves. The COVID-19 pandemic disrupted our lives and forced us to look inward and figure out what we really want as far as our careers are concerned. In 2021, millions of Americans quit their jobs and more are considering a better position in 2022.

A 2021 survey from Bankrate says people are looking for flexible work arrangements, higher pay and job security in their careers. More than half of the workers surveyed said they are willing to leave their jobs to find something better.

Some people who were close to retirement age are choosing to retire earlier than they had planned. Are you among those ready to leave your job?

According to research from Goldman Sachs, nearly 70% of the 5 million people who have stopped working during the pandemic are older than age 55. About a million of those people were of typical retirement age, and 1.5 million were considered early retirees.

“I like to use the statement that if you’re quitting your job and you’re not going back to work and you’re 60 years old, you’re facing 30 years of unemployment,” said James Gallagher, president of Waterstone Financial in Fort Myers, Florida. “Saving a little bit at a time turns into something really big. If you wait, you are never going to be able to retire.”

But not all people are leaving the workforce entirely.

“I see many people resigning from corporations and becoming part of the gig economy and doing contracts for people or starting their own business,” Gallagher said. “I coach them that they need to continue with a retirement savings plan.”

Can You Afford to Make a Job Move or Retire?

While telling your boss to take a hike might feel good, you might not be so happy later if you can’t afford to leave that job behind.

“The biggest mistake people make is making decisions in fear,” said Kirk Francis, CFP and CEO of Financial Life Advisors in San Antonio, Texas. “I also think that making decisions that are totally emotional and not based on facts and numbers is also a mistake.”

Before you give notice, think about:

There are also longer-term considerations, including retirement.

Recent high returns from the stock markets and skyrocketing home values have made many people realize they have more money than they thought, but there is a danger in this way of thinking.

“I tell people to make sure they have three to five years’ worth of conservative money to use for living that is not going to have much volatility in it,” Gallagher said. “That way, if the markets go down, you can use that short-term liquid money and wait for the market to recover.”

The money in retirement accounts might not go as far as you thought it would because of longer life expectancy, rising health care costs and inflation. Before you say, “I quit,” you need to have a good grasp of how much money you’ll need in retirement.

Leaving the workforce too early or taking a break can also impact how much you get from programs like Social Security later on.

Francis explained that lifetime benefits are based on earnings history and when you begin to take payouts. Often the highest-earning years are the last years someone works.

So time away from work or greatly reducing the amount you earn can reduce your overall benefits later.

You can start claiming Social Security benefits at age 62, but both Francis and Gallagher said that might not be such a good idea. Your monthly payment amounts increase the longer you delay enrolling, up to age 70. It’s good that you understand what full retirement age means in regards to Social Security.

“If you have no other sources of income and you need the income, take it early,” Francis said, adding that a financial planner can help you figure out if you really need to take Social Security or if you could use income from other sources for a few years to pay bills.

Another thing to avoid is taking a loan from your 401(k) to get you through the tough times or while job searching.

“I don’t recommend tapping into a 401(k). If you take money out of a retirement savings plan, there’s going to be penalties and taxes that have to be paid on it. So when you go to pull money out of those things, it can be a lot more expensive than you think in order to get real money in your hands,” Gallagher said.

In addition to income tax implications and any early withdrawal penalty from a retirement account, a loan may set you back years in your retirement savings because you will miss out on compounding gains. Taking a loan may mean you have to work longer than you planned in order to get that money back.

Before you leave a job, check to make sure any loans you may have taken from your 401(k) will not immediately become due. Some companies require loan repayment upon job termination.

What Happens to Your Retirement Accounts When You Leave a Job?

When you leave a job, make sure you’re not leaving money behind with your former employer.

“If you’re jumping from job to job, make sure you bring along your 401(k). People forget them all the time and they get these account statements with $10,000 or $11,000 and they don’t remember what job it was for,” Gallagher said.

If you can’t get into a new plan right away because your new employer has a waiting period, Francis said leaving your money in your former employer’s plan is a good idea until you can transfer the entire amount directly from plan to plan via a direct rollover.

There are several things you can do with your retirement account, and you have a few options.

For more information about each of these options, check out, “Leaving Your Job? Here Are 5 Options for Your 401(k).”

If you have a 401(k), Francis recommends making sure you know the vesting schedule before you turn in your resignation. The money you have contributed to your account is yours, but often companies have time schedules until the money they contribute is fully yours.

You will leave behind any money that is not fully vested in your 401(k). If you’re just a short time away from a milestone, you might want to think about staying put until you hit it.

Thinking of only the now can hurt you later. Planning enough money just to meet your monthly bills might haunt you in the future.

“The danger is you never get to retire. You can’t replace your income in the last couple of years before retiring, so if you do not think about it ahead of time, you’re going to hit a dramatic financial cliff,” Gallagher said.

Your new employer may not allow you to contribute to your new retirement plan right away.

During that time, Gallagher suggests setting some money aside in a separate account just for retirement so you are still saving.

Gallagher said now can be a good time to take a chance.

“People are fed up with their current job, and they see other opportunities. There are all kinds of jobs out there right now with companies desperate to have people come and work for them, so there is a lot of opportunity to move from job to job right now. Since the markets have gone up so much in the past three years, there is also the opportunity for many to retire early.”

Francis advised, whatever you decide, just make sure you keep an eye on the future.

“When you’re in change, pause, think, relax, reflect and consult with others and get feedback.”

17 Genuine Methods to Save Money

Which Is Better Thinkific vs Teachable 2022

The power of non-monetary investments

How Taxes On NFTs Work (And How To Track It)

How to Align Your Business for Success